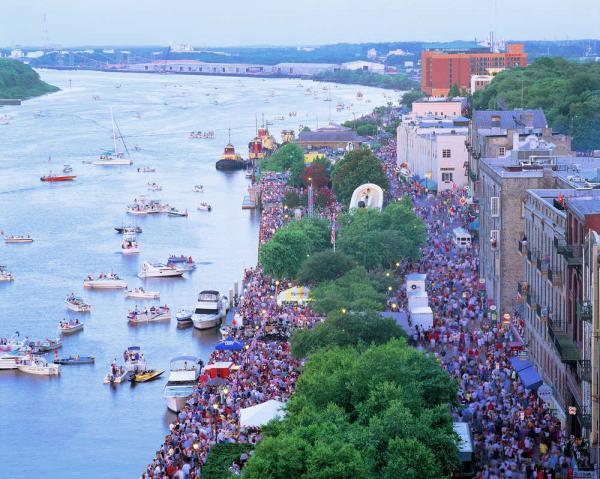 Our Sister City, Savannah, Georgia hosts one of the largest St. Patrick’s Day Celebrations in the world. A Savannah St. Patrick’s Day is an experience that you will remember for a lifetime. Since Tybee is only 12-15 minutes from downtown Savannah and there is festive Trolley Transportation, we recommend staying on the beach for your Savannah St. Pat’s Day experience! END_OF_DOCUMENT_TOKEN_TO_BE_REPLACED 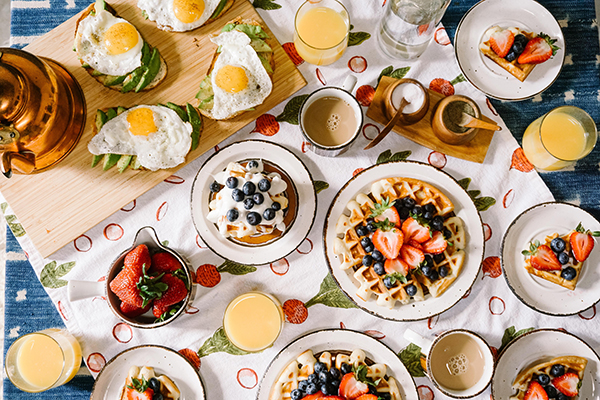 5 Reasons why you should spend the Holidays on Tybee Island. May 7th, 2021Ray Anaya

Savannah’s Beach, Tybee Island, is the perfect place to spend the holidays.

END_OF_DOCUMENT_TOKEN_TO_BE_REPLACED

Every year, the renowned Rock ‘n’ Roll marathon visits Savannah. This year it comes to us on November 4th and 5th – perfect timing – just as the weather starts to cool down. This is the time of year that people are inspired to walk through our beautiful downtown squares, to slow down and take notice of our charming historic district, and to spend time outdoors, admiring the live oaks and diverse plant life that Savannah boasts. What better way to kick off the changing of the seasons than with a marathon that takes you through the historic streets of our beloved city. 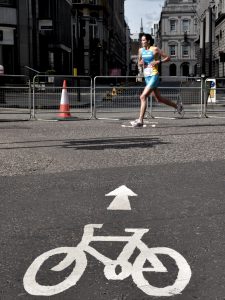 This year marks 20 years of the Rock ‘n’ Roll marathon since its inception in San Diego. The headliners this year are Fitz and the Tantrums who will be performing a live concert at the finish festival in Forsyth Park. If you’re not familiar with their music, check out this song to get familiar before race day! We know you’re going to have a blast this year; here are some tips to ensure everything goes smoothly.

5 Tips for a Successful Marathon: 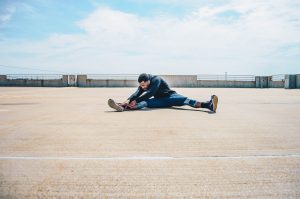 Old Town Trolley Tours is offering a shuttle from Tybee to the Start Line and a return shuttle after the race. There are two pick-up stops on Tybee that the trolleys will be arriving at:

Click here to get more details on departure times, the return schedule, and other packages and options from Old Town Trolley Tours.

We hope this helps all you runners out there! Oceanfront Cottage Rentals wishes you our very best at the 2017 Rock ‘n’ Roll marathon in Savannah. Thank you all for supporting charities from across the country and building community in our budding city. 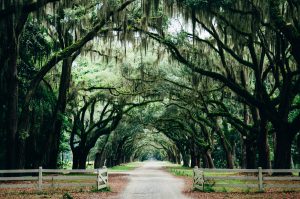 This little beach town is a great place for a run! Come down and participate in the 5K, 10K, Half Marathon, 2.8 Mile Beach Run and 1 Mile Run. You can choose all events or pick which you prefer. If you participate in all 5 events, the distances add up to 26.2 miles – a full marathon. Close to 5,000 people come here annually to join in on the fun. The Tybee Critz Run Fest has been recognized on the list of “2014 Top Races Worth Traveling to.” The Critz Tybee Run Fest was the only race named in Georgia. Proceeds from the event are donated to organizations that foster education and healthy lifestyles.
There are several categories of winners and awards. They will give $10k to anyone that can beat the marathon world record. This fall Dennis Kimetto set a new world record in the marathon, clocking 2:02:57 at Berlin. He is the first man to run those 26.2 miles in under 2:03 and his time sparked speculation about when the two-hour barrier for the marathon might fall.
Basil’s Kiddie Run Friday night at 6:00pm at the Lighthouse
North Beach Grill 5K Friday night at 6:00pm at the Lighthouse
Sundae Cafe 10K Saturday morning at 7:00am
CHU’S Half Marathon Saturday morning at 8:30am
Lighthouse Pizza 2.8 Mile Beach Run Saturday afternoon at 12:00pm
YMCA 1 Mile Run Saturday afternoon at 1:00pm

Help sea turtles, kick off Georgia’s sea turtle nesting season, and raise funds for the Tybee Island Marine Science Center‘s Sea Turtle Project. After the race, stick around for awards and to see the Georgia Sea Turtle Center release a rehabilitated sea turtle patient into the wild! Families and spectators are welcome.

Online/preregistration will be open until noon, April 23rd, 2015. Day-of registration begins at the pier and pavilion at 7am, the race starts at 8am!

Preregister by April 16th to guarantee your free t-shirt!

PACKET PICK UP: Friday, April 24th from 3 to 8 p.m. at the science center and the morning of the race, beginning at 7:00, at the Pavilion.

So, you enjoy dining out at restaurants and also enjoy a good deal? Come down for Tybee Restaurant Week!

No problem, during Jan 16-25 you can eat for a fraction of the normal cost during Tybee Island Restaurant Week. Participating restaurants will offer 3-course “prix fixe” (pre-determined) dinner menus for $25-30/per person. Pricing does not include tips, be sure to bring a little extra for the wait staff.You can select from a choice of appetizers, entrees and desserts. You do not need to buy a ticket or coupon; just dine out at participating restaurants. You can also prompt to order from the regular menu if you prefer.

If you are looking for a place to stay during this time, below are some options that may interest you! We are running a great special until May.

We look forward to having you visit our beautiful island! – OFC

We begin the holiday celebrations on December 5 at 6:30pm with Lights on for Tybee when we light our Christmas tree. You can join in the celebrations and Christmas carols. It will be held in the roundabout near the Pier.

Then, Santa will be making his debut during the Christmas Parade on December 6 at 1pm. Make sure to bring along the kids to see him and to grab some goodies! After the parade, you can gather at the Tybee Gym for a photo with Santa!

Holiday Market will be at the Tybee Lighthouse on December 7 from 10am-4pm. Many vendors will be there selling a great variety of items. Perfect day to shop for Christmas presents at this unique market.

Fort Pulaski will begin Candle Lantern Tours on December 19 & 20. Pulaski commemorates the Confederate Nog party of 1861 each year during the holiday season. This Savannah tradition provides night tours of the fort by candlelight and oil lamps. In 1861, the tradition started when Confederate soldiers took a break from battle and decorated cannons with garland. They enjoyed fine delicacies from the city. Hot cider, cookies, music, caroling and night-time weapons firings will allow guests to re-live the festive occasion.

New Year’s Eve will be celebrated with our annual firework bash! They can be seen from the beach in many areas, but the best view would be from the South end area.

Jump into the freezing ocean “Polar Bear Style” for the Annual Polar Bear Plunge on January 1. What a great refreshing start to the New Year! 2015 holds much promise!

It’s that time of year again! Time to get together with your family and enjoy cherished recipes from your childhood. This tradition is even better at the beach! This year most of our larger homes are already reserved. We have nothing larger available. A few options are listed below that may still enable you to come to the beach and have a wonderful get together with your family. We also have some amazing condos still open; I will list a few of those combos as well.

The Big Anchor on the Curve is a well known and loved Tybee landmark. You are first able to see the ocean from this area while driving through to the south end. Its a sign that you have arrived and that you are now on Tybee Time.
The big anchor was salvaged in 1989 by Captain Bill Walsh. It is from an 1849 wooden sailing boat that was discovered several miles off the north coast of the island. The anchor, ballast rock, and some iron debris were all that remained of the sea-faring vessel. It is possibly from one of the Union Navy vessels that blockaded the South Atlantic Coast and Savannah River during the War Between the States in 1861-1865.
This shot was taken this morning while venturing out to check out the dredging progress. It’s amazing to see how much beach we will be gaining from this project. A few rentals near this spot are listed below for you guys to check out. These 3 bedroom town-homes are located right on the sand and have amazing views!

Shangri La on the Beach

In an effort to battle erosion and storm damage, the Tybee beach renourishment for 2014, will bring in fresh sand to Tybee’s shoreline. The beach protects the dunes, without this renourishment, the dunes would wash and blow completely away. Workers are scheduled to be done before the New Year for the grand total of $11 million in local and federal funding. A kick- off “sand throwing” ceremony was held last Tuesday, with the U.S. Army Corps of Engineers and our Governor, Nathan Deal. The Army will be studying our beach to decide how well we would weather a hurricane, and to keep records of how much the beach has been eroding and longshore sediment distribution. They are also managing the construction of this project and help to minimize costs by determining different solutions.