By Clark Faulkenberry
The hottest days of the summer, usually during July and August are often called the “The Dog Days of Summer”. Most of us think that it’s the time of year that is it is so hot that even dogs will lie around on the hot concrete panting and acting crazy; and it’s too hot to be outside for summer fun. “Dog days” have nothing to do with our four-legged fur babies which are part of our family and travel on vacation with us more and more. 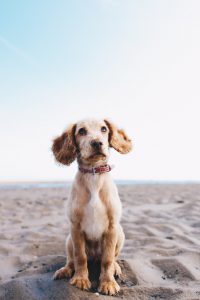 “Dog days” actually occur when “Sirius”, the dog star, is directly overhead. It is the brightest star in the constellation “Canus Major” and the brightest star in the Earth’s night sky.
Tybee Island loves our canine friends. Oceanfront Cottage Rentals has approximately 100 vacation rentals and about half of them are “pet-friendly.”
You can view those here:
#1-18th St- Upper and Lower
Blue Skye
Tybee Oasis
Little Beach Cottage
Ocean Queen
Evelyn’s Oasis 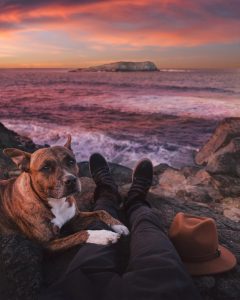 There are also several Tybee restaurants which allow you to bring along your furry friends. A few of these are:
Sting Ray’s, The Crab Shack, Gerald’s Pig & Shrimp, The North Beach Grill, The Sugar Shack, AJ’s Dockside, and CoCo’s just to name a few.

Tybee Island features 2 dog parks on the North end of the island near the Police Station; the Little Bark Park and the Big Bark Park.

Dogs are not allowed on Tybee Beach, but they are allowed on the beach at Fort Pulaski and I have spotted a few with their humans at the IGA Grocer. 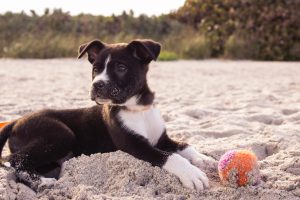 Coming in August….. “Dog Days”- A delightful comedy which follows some acquaintances in Los Angeles, CA who bond by their lovable furry friends..

Stay tuned for more great blogs brought to you by the Oceanfront crew!
Stay Cool during the Dog Days! We look forward to providing more information to help you plan your next trip to Tybee!